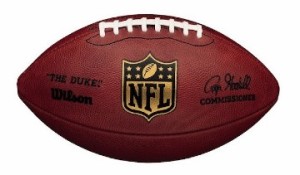 I was speaking with a friend of mine who used to play for the Dallas Cowboys.  We were discussing the game Sunday, which was a great victory over Seattle, last year’s Superbowl Champs.

What really frosted him were comments by different people that Tony Romo and Demarco Murray were primarily responsible for the win.  His point was that without the offensive line, neither one would be performing well.  That is very true.  And, to take it a step further…what about the kicker Dan Bailey?  They would not have won without his efforts.  He is an amazingly accurate kicker. In fact, every player was critical to the win.

It came to me as we were discussing the game that any team, whether it is an athletic team or an organizational team is dependent on EVERYONE doing their part.  The strength of a team will always be limited by its weakest link, and every team has at least one.

Here are some of the lessons I have learned from football:

Jason Garrett has been cussed and discussed ever since he took over the reins as the Head Coach of the Dallas Cowboys.  I am grateful that he did not get fired for his performance over the past few seasons, but he was given time to put the pieces together to make a great team.  Great teams don’t happen overnight.  It takes time, the right personnel, and a concerted effort to excellence. It sounds simple, and it is…yet it is complex to achieve.

It still remains to be seen whether this is the year for the Cowboys to go all the way or not, but whatever happens I am encouraged by the progress I see at all levels.  So….what lessons have YOU learned from football?

This entry was posted on Monday, October 13th, 2014 at 7:34 pm and is filed under Business, Motivational, Relationships. You can follow any responses to this entry through the RSS 2.0 feed. You can leave a response, or trackback from your own site.

This site uses Akismet to reduce spam. Learn how your comment data is processed.